DrewStars An Entertaining Fight I can't remember the last time I've done any Maplestory fan art. I suppose I may not be able to play again (computer not working, also, I'm in university now, not much time for games), but I can still do what I know best- draw. I've done a few poses for my favorite character, Mercedes, but I've got some Angelic Buster and Phantom action scenes in my sketch book as well. I can't decide which pair I would like to illustrate, can you guys help me decide? Who do you think would make an interesting face-off between the classes? I'll post the art as soon as I'm finished. I've got a few posts I did years ago back when I was in elementary school/freshman year HS. So it's been quite a while, haha. Looking forward to your respon

DrewStars What Attracts You? There's a lot of speculation in this forum lately about appearances and I really want to know. When looking for a friend/hook-up/love-interest/FWB, what's the first feature you notice, and what do you think makes you attractive? IMO: lash length is something I always always always notice. The longer the lashes, the more attractive I think a person is. However, with a hook up, definitely height and weight. The bigger the better.

DrewStars High school sucks, but it doesnt have to I want to share my experience because for so long I've kept everything to myself, and the only person I've really ever told about the affairs in my life were my sister. I thought I didn't have a great support system, and that really hindered my experience in high school and my experience as an adolescent. I know there are a lot of teenagers and pre-teens who are on this site and I thought- you know what? Let me show some of them that someone understands. That hopefully they won't do the same things I did. I'm almost at the end of my Senior Year, and I can finally breathe a little. So behind some pixels, I want to share my story. *Rule Number One: Popularity Shouldn't Matter* If someone had told me th

DrewStars Not Only Am I Gonna Be the Greatest President I'm gonna be the freakin' coolest. Some of y'all young folks are like &quot;But Hillary, can you rap?&quot; Can I rap? Ahem I got a so big like the sun How you got a mile for a dk, I wanna run Slap it in my face Shove it down my throat N*g*a where ya blunt? I can make this p*s*y smoke. Heh. IT'S LIT. Vote for me!

DrewStars Educate Me Now, I don't want to start a flame war or anything of that sort. I just came across a really offensive website and was in complete awe. Maybe it's because I have thick skin or I'm just naturally prone to emulating my mother's little psychologist attitude, but I wasn't angry or sad after reading so much hate in like, walls of text, I was left wonderstruck. The website is a hatepage against black people and how all blacks love to immerse themselves in &quot;thug-culture&quot; and they're all criminals, etc. (I was searching lyrics of a song on google when it popped up lmao) I don't feel like getting into the details, whatever. But, you know, I just want to know who would really spend time creating a website like this? Like who is t

DrewStars Really Good Music K, guys, I need some serious music suggestions here, please. Something similar to/like: - A song with a nice bass. Not dupstep. - A really nice old school rap song, like Seventeen by Azealia Banks - A song that has a jazzy tone to it. Any other suggestions would be fine but anyone know any songs that fills out any of the listed criteria? :) 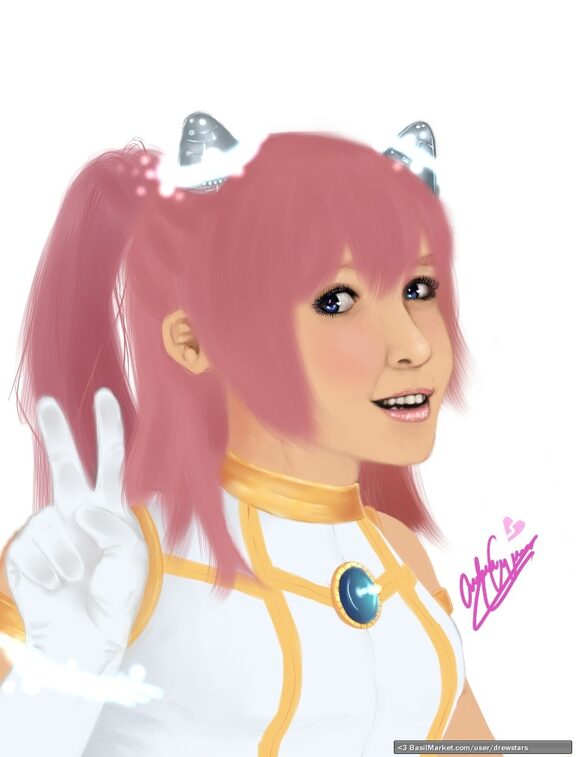 DrewStars Sorry about the eyes. She's got a lil' twitch there.

DrewStars I Had This Weird Ass Dream THAT MAPLE STARTED SELLING WEAVE AND WIGS IN THE CASH SHOPS, PERMANENT WEAVES (WHICH DOESN'T MAKE SENSE) AND PERMANENT WIGS. SO THIS GUY HAD A PERMANENT WIG OF THE FEMALE KITTEN HAIR OR W.E. AND I WAS ON MY LUMINOUS, WHICH WAS ACTUALLY A PIRATE IDEK WHAT. THEN HE DROPPED A BUNCH OF STUFF AND I WENT AND PICKED UP THE WEAVE AND HE'S LIKE: &quot;YOU CAN'T TRUST NO ONE, ALWAYS READY TO STEAL UR GUD GUD REMI AND YAKI HAIR. I PAID 2.5B FOR THAT HAIR THO.&quot; AND I WAS LIKE WAT. And then my mom woke me up. But honestly maple selling wigs in cs would be hilarious. By the way, if anyone knows a Connoroke, frickin tell me cause I haven't seen that kid in forevvvvvvvvvvvvvvvvvverrrrrrr

DrewStars Whats This Big Thing With Spoderman? It's actually not that funny. I mean, it's original, but it's not that creative. I was making LH Michael and Michelle say things since six. The only people I see going crazy over that thing are the dumb d-bags that are always up in the clouds. Please elaborate why people enjoy hurting their eyes with terrible grammar and pointless story lines that I could've came up with when I was in the second grade.

DrewStars What The Hell? Stupid Bugs Every time I try to login into my Battle Mage from the character selection screen after entering my pin the message &quot;Having trouble logging in? Visit...&quot; pops up. I try again to log into the same character and after entering my pin correctly for the second time and the game shuts down. Logging in on every other character works. [b]THANKS, OBAMA.[/b] What can I do to fix thissss? Or is it something Nexon needs to resolve?

DrewStars What Does Your Maple Look Say About You? So, Basilers, around Channel 1 Henesys Market Place you can witness a lot of neat hairstyles, eyes and nx clothing combos. A lot of them are impressive. Some Maplers' looks come straight from the cash shop catalogs, very little are actual genuine Maple-versions of themselves and others are just wildly creative. But there are some Maplers you can also witness that have the carbon copy hene-ho look. I'm not going to say any names *cough* metrosexual, caspia, darling diva, and 40 percent of the existing royal hairstyles *cough* *choke*. Nevertheless, I'd like to know, what does your Maple Look say about you? Mine says - The Hair: I haven't washed this in weeks. The Eyes: I'm a dumb hene-band-wagoner The

DrewStars Any Good Games I can Play? I'm bored and need entertainment. Anything to play? Also, if you know a game that's like Freejack Online, pls list it below.

DrewStars This is the Perfect Time [url=http://www.youtube.com/watch?v=1YuAeeF-2Ec]To listen to this wonderful melody and have nightmares for the rest of the month...[/url] :)

DrewStars The Klaus Covenant Hey Basil. Hope you had a good first day, if it was your first day back to school that is, (it was mine) and I hope all your courses worked out for you cause mine did! :) Since the middle of summer I've been thinking about writing a story and the thought occurred to me that if I were to write one, I would want it published on Wattpad, which is a website where avid readers and writers post and read stories created by themselves. I've been working on the plot and the chapters for a very long time. I've currently had a few chapters written along with the prologue. The prologue is down below but the rest of the chapters I've written, edited and feel most comfortable with that I've finished are down on Wattpad. (Which is curre