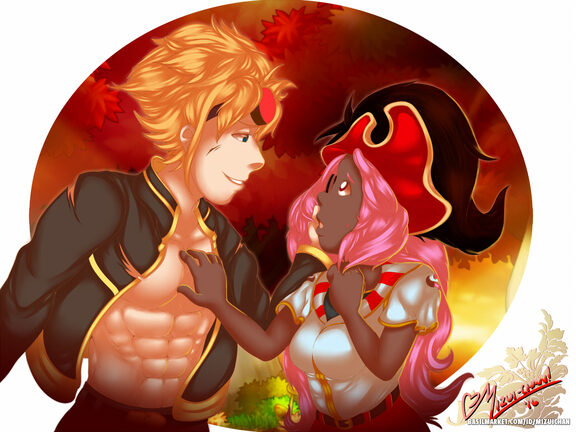 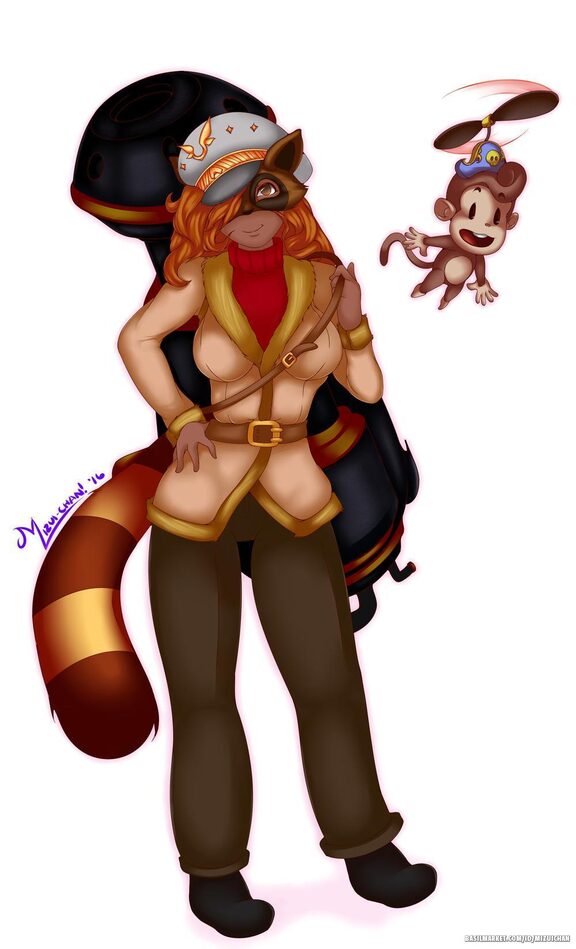 MizuiChan A drawing for a certain cannon-wielding raccoon and her trusty monkey, Wiki :) 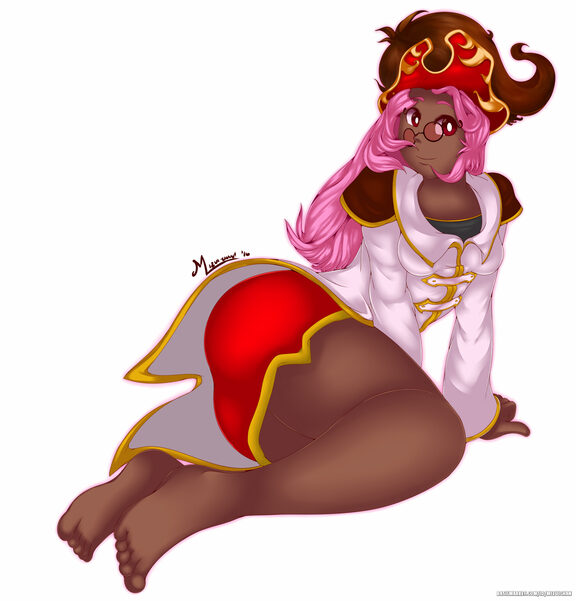 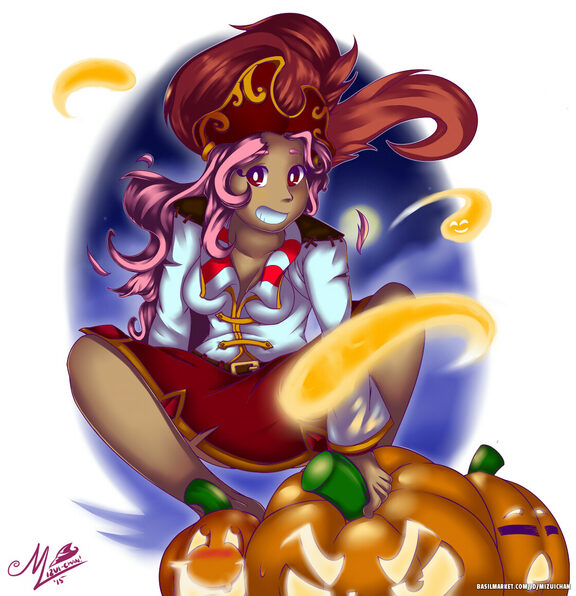 MizuiChan The perfect time of the year to be a flaming pirate apparition! A little rushed, but I hope you like it~ 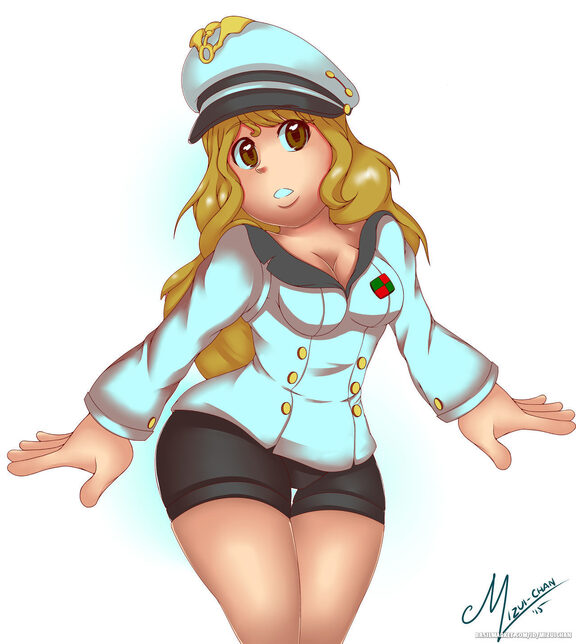 MizuiChan Schoolhouse Blues Yeah, I know there's probably already a thread like this somewhere on Basil, but I wanted to vent because I can't get any sleep. So yeah, school's back in full swing. You know, crowded college campuses and sharing your living space with arbitrary strangers. Delightful for some, but toxic to a shut-in like me. This week's been pretty... hard, and I kept finding myself daydreaming about the Summer I let slip between my fingers. When I could roll around in bed and go days without talking to anyone, or trying to think up what clever one-liner to tell the guy next to me in the elevator or whatever else. I'm really starting to feel a mix of frustration and absolute terror swimming through the crowds of grins and conversations da 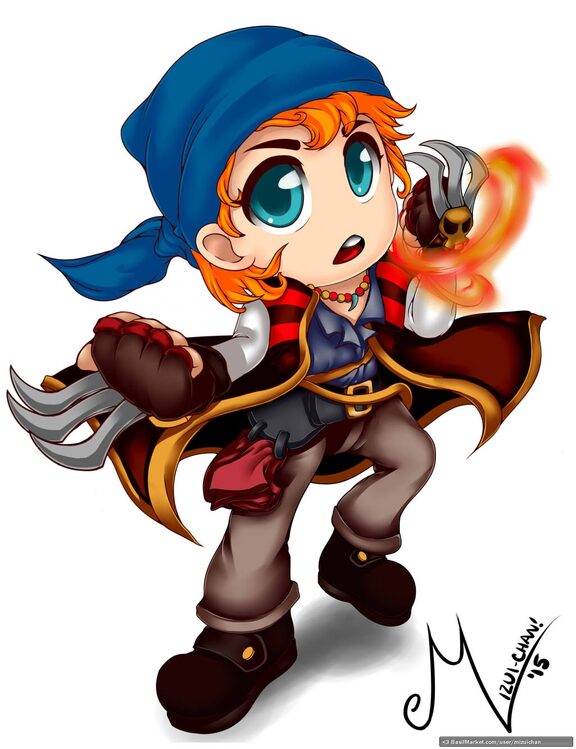 MizuiChan Just wanted to try drawing something in the Maple style. Don't hate me please :~( 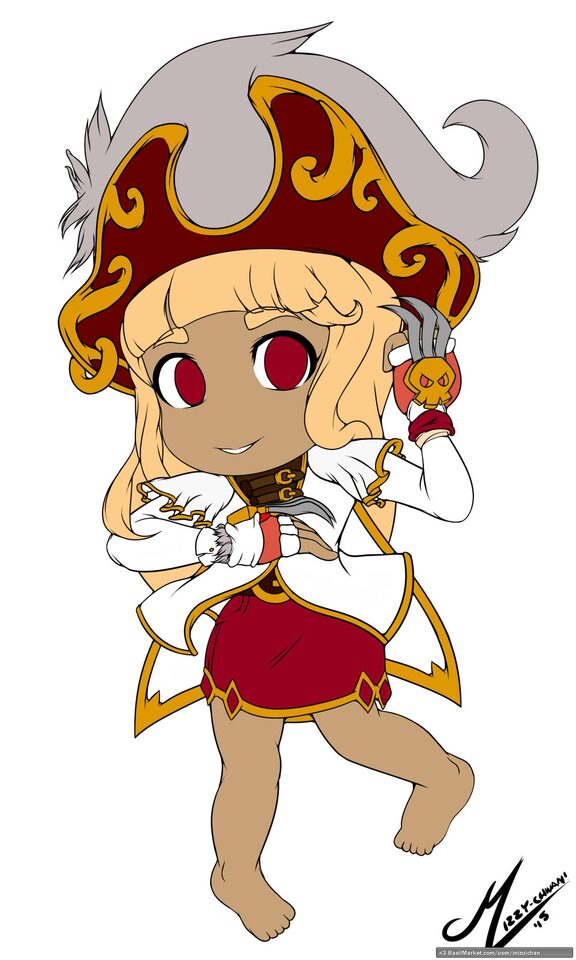 MizuiChan Ahoy. I'm still on the road for now, so here's a doodle while I'm doing non-Piratey stuff.

MizuiChan How to ladies During the brief amount of time I've spent on Basil, I've noticed a trend. Very few men on Basil know how to seal the deal with the ladies! &gt;Gasp!&lt; Yes, shocking I know... And that's why I'm going to give you guys a few pointers if you're willing to overlook my appalling lack of Y-chromosomes. First thing you want to do is buy a nautical telescope. I must stress that this is essential. How you gonna be peepin' on the babes if you can't even see them long range? By walking up to them? Pssh... That's like walking up to a shark while it licks its lips. It just doesn't work! Secondly, you're going to want to grow out your chin and cheekbones. Nothing says &quot;Yo Ho&quot; Like well-defined mandibles. Heck, it even has the w

MizuiChan The Wisdom of the Durian Today, I wish to speak of the Durian. The [url=http://en.wikipedia.org/wiki/Durian]Durian[/url], as you may or may not know, is the king of the fruits, though this name was not bestowed lightly. Though the outside may repulse those unworthy of its tender succulence, so too does it conceal within its stoic chassis a silent, deciduous charm unmatched by the common fruit of the underbrush. Elevated is the prestige of the Durian; to those who burrow past its hard, putrid shell awaits the sweet tinge of flavor unbound by the convention of the senses. The light, tart, sweet creaminess overwhelms the aura locked and braced by the taste buds, elevating the very essence of the consumer, who then becomes consumed by the will

MizuiChan Drawing a few Could be you Well, I'm a bit new to this side of Basil, but I'm on break and a bit bored until next semester, so I hope I'm not intruding when I ask if I can doodle a few of you to finish up one of my sketchbooks. 3-5 of you ought to fill it, but I want to see if I can do at least 10 within a couple of days. It will probably be something as simple as a headshot, such as [url=http://s11.postimage.org/6ocqajc83/001.jpg]this[/url] for a sample, but I wish to do a couple of full-body sketches, such as [url=http://s20.postimage.org/d4oef4af1/Image_8.jpg]this[/url] as well. Simply post, and I will consider that permission to draw you a bit. Thanks in advanced :)

MizuiChan Gonna force myself to make a Manga [b]EDIT!: Well, now that I've thought about it, I think I'm rushing too quickly into a strenuous endeavor without much solid direction just yet, so I'm gonna hold off on the project for a couple more weeks until I do a sufficient amount of plot and character development first. :3 Sorry about dragging you over here. Enjoy the rest of your evening :D[/b] *Boring Preface* Well, the idea to make one came from an acquaintance of mine who was once a really close friend in my childhood. Spring Break was coming, so she asked me to help her lug a few suitcases into her trunk. As we finished up, by some unusual whim, she asked if I was still a mangaka, which I once boasted about &quot;so many years ago&quot;. Lately

MizuiChan How do I Make my Older Brother get a Haircut? Well, the thing about my brother's hair is that it grows really quickly; he usually gets it cut every 2-3 weeks, but lately he's been saying he's fed up with it, and just let it grow out. So, this has gone on for a couple of months, and I'm trying not to care, but the thing is that now it's starting to, like, droop and curl, giving his face a sort of odd, feminine appearance. When I asked him to get it cut, he shrugged his shoulders and started wearing hats regularly, but they're actually making him look even more feminine... I thought it was just him not wanting to pay for haircuts, but his friend that I hang out with says he's doing it on purpose because he knows it bothers me. So, how do I ma

MizuiChan Jump n Barrage So, I was in Stronghold earlier just kicking loose and doing some old-fashioned solo grinding and I learn that if you jump slightly before using it, like with an aerial DS, [url=http://www.youtube.com/watch?v=-E1HQA9sD5A&amp;feature=youtu.be]you can Jump n' Barrage![/url] Well, I'm sure this is nothing new, and it won't matter in a few months, but I thought it was cool, so I wanted to share :D

MizuiChan Help me get into Dubstep So, recently, I learned that my boyfriend seems to love Dubstep, so I started listening to it too, but I can't really seem to get into it... A lot of the heavy bass flanging and synth growls grate on my ears, and the track shuffling often feels out of place, or unnecessary. I've tried to get &quot;into&quot; it all afternoon, but I just can't seem to enjoy it. :~( However, I'm still trying to push myself into at least &quot;liking&quot; it so that we can have a little more common ground, so I'm asking if anyone can reccommend some skilled artists for me to listen to so that I can at least get a foothold on the genre. Any recommendations will be appreciated :) UPDATE: Sorry for the late response! It's taking a lot lo

MizuiChan Apparently, quotPunkquot is not dead Yeah, apparently some guy named &quot;Punk&quot; is still alive, according to this &quot;GM Board&quot; thingy hovering over the chat window... It seems to cycle between such phrases as &quot;We know what you did&quot;, and &quot;Am always watching you&quot;... Is anyone else in Tespia getting somewhat disturbing messages from it, and if so, is there a way to get rid of it? :/