YoukaiHito How is your Thanksgiving break so far? Mine hasn't started yet, but I'm leaving campus tomorrow :) I can't wait to see my siblings. But i'm also kind of upset too :/ since I don't really want to leave here. I can't really sleep right now, cus I just feel really bad for some reason. Hopefully it'll go away tomorrow. Planning to finally play pokemon online with people and do fun stuff since the internet at university isn't compatible with 3DS's. I tried to spell check pokemon and it actually came up as a real word but capitalized. JUst wanna know how you basilers are~ Keep me company for the two seconds you'll take posting?

YoukaiHito Are people fundamentally selfish? Hi everyone. In one of my classes we were having this discussion, and we were trying to get at the idea whether people are innately selfish, meaning they ultimately do things that benefit or gratify themselves, or whether they are innately social (inclined towards the group one is part of, such as a society, or a class of people), meaning their actions were based on their surrounding environment (not excluding selfish behavior, but also validates altruistic behavior). Sociability is kind of still ambiguous right now, so I'll try to explain it but i'm still not sure myself. Basically, humans are naturally inclined towards cooperation with others because it benefits them both (This is different from cooperati

YoukaiHito How do you organize your boxes? I just organize them by type, lowest levels first. :d When there's a dual type, i just pick the one it &quot;feels&quot; like it should be. :l Like Gyarados is a water type haha. This doesn't fill up all the available boxes, so some have two types in them, and the rest of my boxes are divided into teams I made, things that are good for breeding, things i want to trade off, and trophies (shinies) :&gt; 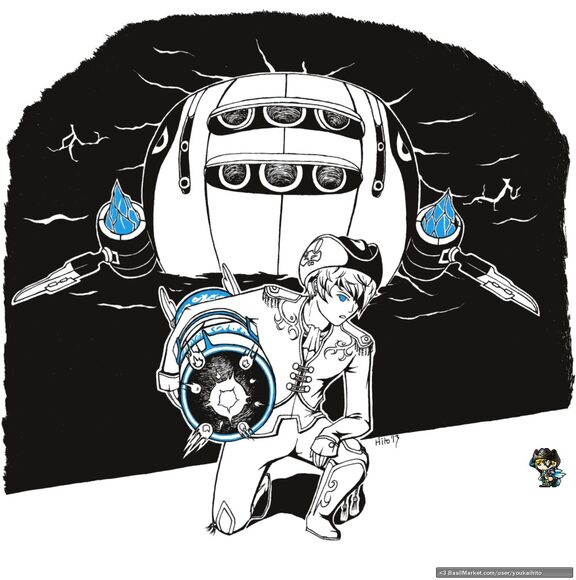 YoukaiHito "Pfft, this is the pirates' idea of reinforcement? A pretty boy who probably cries when his coat gets dirty, and what's with that huge-ass weapon? Trying to compensate for something?" Raucous laughter from those within range to hear it. He had alread 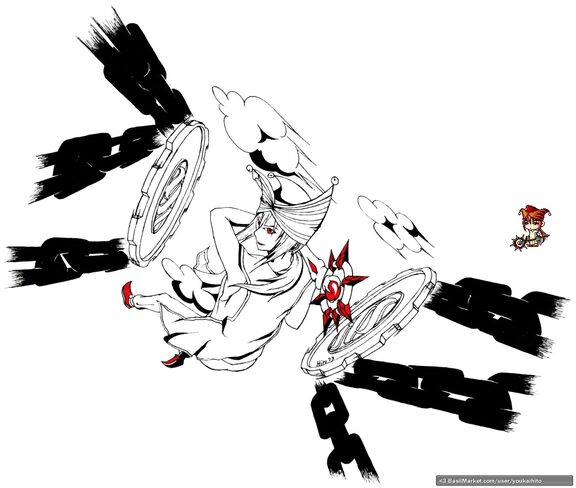 YoukaiHito I see you~ The words came from all sides. The explorer froze, quickly looking up to see the mage descending after materializing directly above him. Before he could gauge what choice of action to take, chains bound his limbs and body, the electric gra 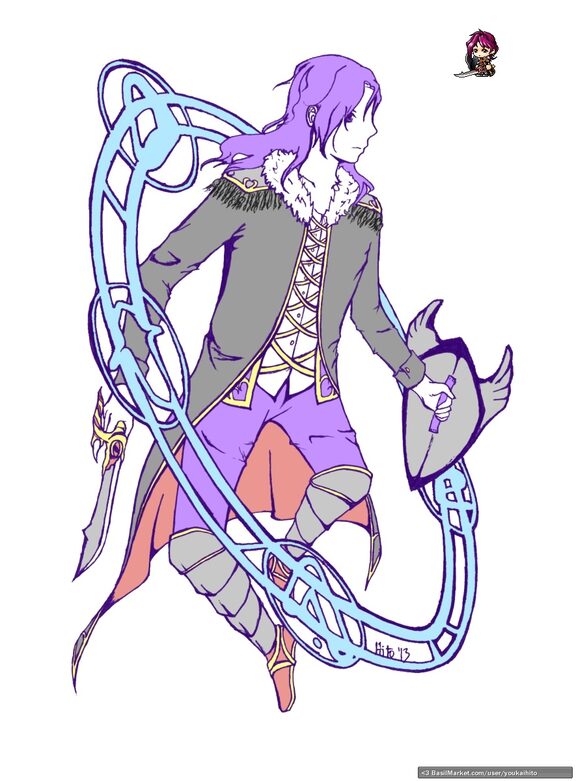 YoukaiHito 'I'm not much of a fighter, but I will take physical action if necessary.' I'm thinking of drawing a few classes from maple that I really like, starting with heroes/crusaders! since my hero was the first character I ever committed to, so they have a

YoukaiHito Maybe and I should wear more colorful clothes so it would be more fun to color next time :3

YoukaiHito another request thread I guess i'm just not in the mood to sleep today, so i'll be taking requests to draw for a few hours/days maybe. Just post and maybe i'll take yours c:

YoukaiHito How do I convince my friend? and I got into an argument about whether natural disasters would still happen or not if Absol wasn't present to witness it. Facts: Pokedex entries say Absol is not the cause of disasters, but is present at sites where they occur because he can foresee them, and wants to warn the people living in the area of the coming disaster. Because of his presence, people mistakenly assumed he was the cause. 's position: Natural disasters will not happen without Absol's presence because Absol and disasters go hand-in-hand. Wherever there are natural disasters, Absol is there, therefore when Absol is not present, there will be none. My position: Absol's presence somewhere is dependent on a natural disaster occurring in that a 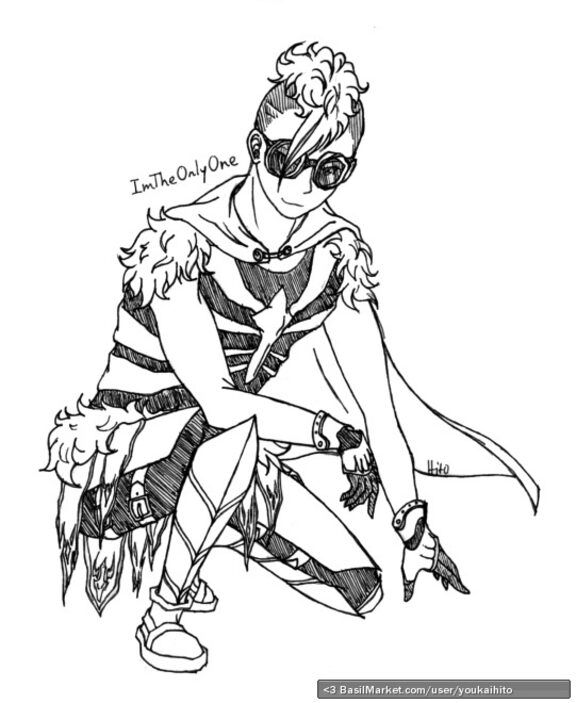 YoukaiHito :D ImTheOnlyOne (not sure if L's or i's) from my guild/alliance. You're the cooliest kid ever Dustin!~ I messed up the hair. D: 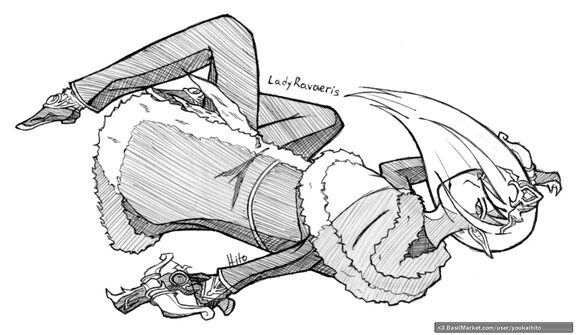 YoukaiHito I was going to draw a guild picture, but then I remembered I suck at drawing groups of people. I'll probably just draw everyone by themselves, maybe. This is my alliance leader, LadyRavaeris :D I love you mummy :D Loveless/AetherBlades alliance<3 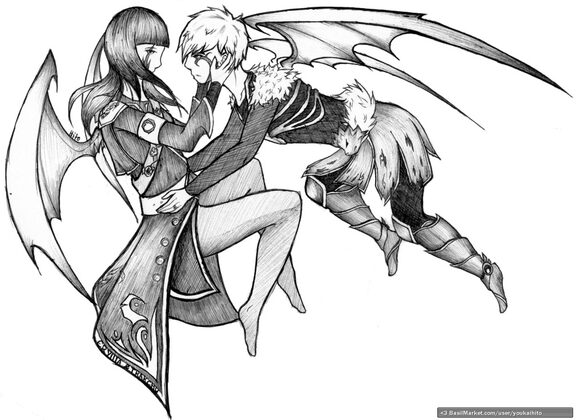 YoukaiHito A very belated congrats to on winning [url=http://www.basilmarket.com/forum/2419995]LovelyRosa777's Summer Fashion Frenzy[/url]! c: I hope she likes it. D: I don't know how to color and my handwriting is ugly. Don't even talk to me about poses or fac 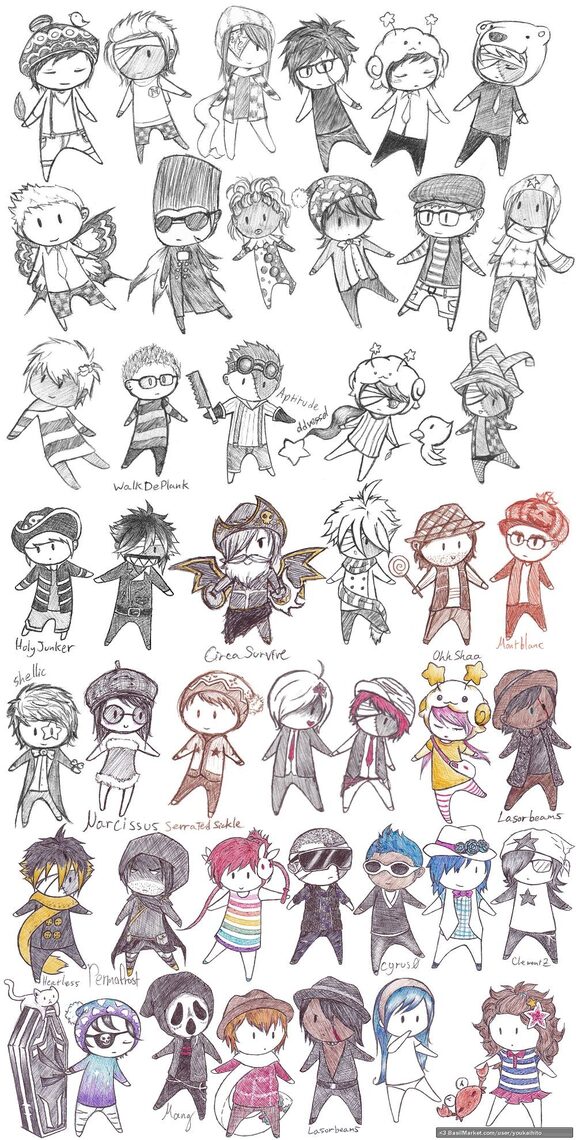 YoukaiHito Quality, I love you, but we must all make sacrifices for basil. This is really old so everyone here may not still be. Two years ago I started randomly drawing basilers I thought looked cool and PMing them. :D Most of the time it was a pleasant surpri 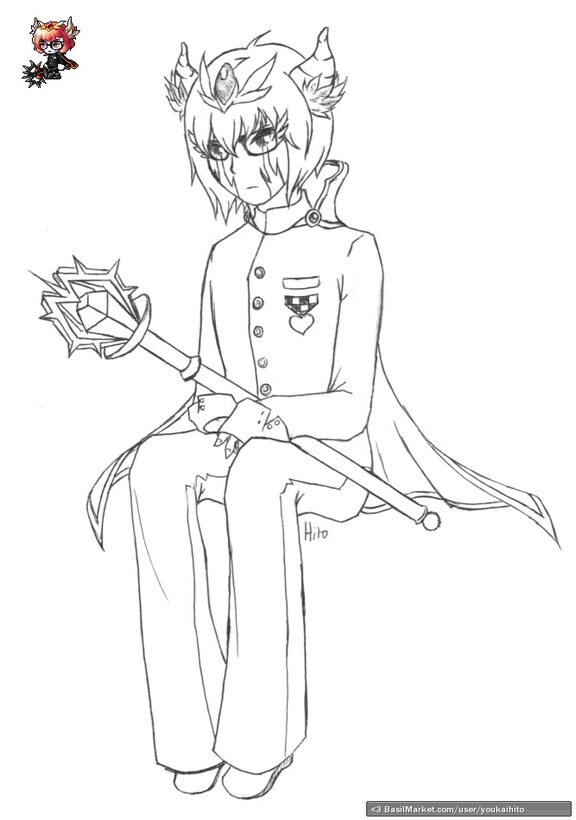 YoukaiHito This is 's character Trakchu. I'm trying to get back into drawing after stopping for a few months. He is male. 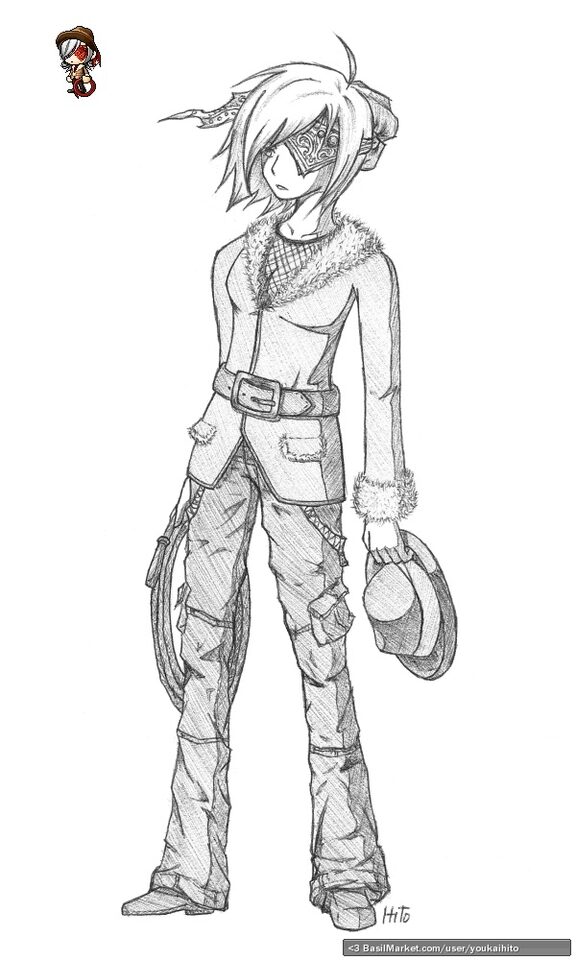 YoukaiHito So, this was drawn for that basilmarket artist collaboration/groupshot thing from forever ago, but the thread disappeared somehow, and a new one was created, and i didn't repost on that one. :d So this has been sitting on my flash drive and dA for a