Possible Job change Playstyle and Bossing of a Corsair?

I haven't gotten very far on a Corsair before and I'm wondering how it fares late game compared to Cannoneers? Cannons seem pretty simple to me in playstyle, and it's something I enjoy a bit. However, one thing I am taking issue with is the attack speed. It's just. Well, yeah.

So anyway if I were to change to Corsair, how would you describe it's gameplay?

I've looked through the skills and it seems that at the moment, Sairs are extremely, extremely reliant on summons and it's heavily RNG based. Do you find not using the summons (I don't really like keeping track of them) detrimental to your DPS? But if not bossing (and just mobbing), what do you guys generally think of Corsairs compared to Cannons?

Side note: Really not looking at Buccs at all.

@kamikazedes: this joke is so old.. Th only thing funny is your attempt at it..

I switch between both and here's my breakdown of the two:

Go with a corsair if you don't care about training and want to tackle bigger bosses like HMag, CRA, etc.

@hangwithhung: The reason that many people dislike Corsair's summons is because the crews have really awkward hitbox and most of the time they just hang around doing nothing since they are sealed or just teleport around like a madman. They are kind of like the venusaur joke in Pokemon (In the scenes, Charizard breath fire, Blastoise shoot water from its cannon, and venusaur just stand there and open its mouth, as if trying its best to do photosynthesis). I'm not joking, they are so obviously derpy that you'll understand when you first acquire them. If and only they work like Kaiser's 5th job summons then it'll be great. Not to mention that when the crews are on board the ship, they can only attack one direction only, making it only useful on immobile bosses. Corsair is like Kanna in term of playstyle to be honest, but twice the hassle since it has ton of mini cooldowns to cycle around and I bet you'll be glaring on your shortcut keys to check out whether if headshot, ugly bomb, summons, dice and whatnot is off-cd or not. I miss the old day when you just hope on your ship and fires torpedoes away.

But yeah, do try and see it for yourself, different people like different things in the end anyway! :>

@ourania well Monkey Militia isn't something I'd necessarily depend on. To be honest I don't remember the last time I actually kept my eye on the cooldown timer (as short as it is) to respawn MM when needed. Additionally, as it's the only summon I need to take care of (honestly haven't found a use for Anchors Aweigh), it's simple in that regard, too.

IIRC, Corsair's All Aboard skill summoned two crew members or whatever actually soaked up Status damage, and instead of merely adding a line or two every second, provided some pretty vital buffs that I think is kind of hard and/or scary to boss without. Bossing and then having 3 of those cute, albeit hard to manage, summons to take are of kind of feels like you're drowning. And then someone hands you those three cute summons to juggle haha.

But I think I'll take you up on your advice and just do the job change and see how comfortable I am with it. Might just be farming and leveling past 200 as a Cannon and when I really get crazy on bossing, go as a Corsair lol. Thanks for the advice again!

@hangwithhung: Cannoneer also has summons, the monkey militia. You can just summon two of them (after using a hyper point) on the bottom for gollux. But yeah cannoneer tend to have slightly harder time in bosses that require you to move around a lot but corsair isn't really the easiest class to master as well, so maybe just give both some trials in bosses. You don't need to kill them, just go in and see how far can you utilize your skills and see how long can you survive.

Thanks for the opinion. It's definitely something I'll take into consideration. I generally stick to classes that are a little more straightforward and have one or two sources of damage. I think the only thing that'll kind of bother me is the constant need to summon things and the low distance the mobbing attacks have lol. Apart from that, I absolutely love the micro mobility Corsairs have. Then again I haven't actually had much experience facing harder bosses with variable patterns of attacks, but from what I can tell from playing on a Cannoneer, it's going to be something of a pain to work with once I start facing Gollux and other bosses at CRA and I might consider moving to a Corsair at that point when I'm funded enough.

I wouldn't mind summons if they were all consistent, and I'm wondering if they are on a Corsair. Having to stop every few seconds to mash all the keys on the keyboard to toggle all the skills that CAN be summoned again miiight be something of a problem lol.

Corsairs can be a class that can fall into two categories, one:You'll love the class two:you will completely hate it. Its one of those classes that rarely has middle ground players. You will quite often see very polar opposite characters when you see corsairs, (heavily or above avg funded to very minimal to no funding at all)

There are a few touch ups the Corsair class could be made to have. Ill list a few examples of those, and you could value each of your own priority.

one of our main mobbing skills (Eight-legs Easton)is great, however it lacks the range to be effective, compared to other mobbing based skills. Also taking into consideration its our ONLY main mobbing move (with the exception of Blunder buster which is excruciatingly slow, and only 2 lines, and the burst mobbing output by Nautilus and Ugly bomb both with cooldowns of their own respectively).

Yes we are Summon Based class. HOWEVER we do have steady damage output, through the use of Rapid fire into Head shot Combo(with Nautilus and Ugly bomb being used when they come off cooldown repeatedly)
30 seconds on octo and Broadside, preferably they could have the duration beefed up a bit, considering we have to keep these around plus crew summons~
ALSO broadside being stationary is extremely wasted many times on mobile bosses, as they just move away from the hit zone of the summon quite often, plus with the extra addition of there being multiple version of it, and it being random also doesn't really help the value and sustainability with this skill.

With 5th Job, and the introduction of the new skill "Loaded Dice", it cut down on the some of the RNG aspect of our class by being able to choose which ever # we wanted to roll. Having a constant roll of *5* is great when bossing, and the utility to switch it to *6* when training is by far a great addition! ( however this is a common pirate skill, its just in terms of our already RNG based damage output before, this helps quite a bit to dampen that
)
In terms of Mobility cant really find any flaws here, with recoil shot being super beneficial in control on bosses, tied together with Wings and FJ.

These are just a few things that the class has opportunities to improve on, Unfortunately I haven't had the luxury of playing A cannoneer, so use this as a reference to compare both classes opportunities, and what you would find less of a hassle to deal with or prefer on over the other. (Which I hope someone who has played cannoneers class extensively enough, can be able to tell you)

Either way hope you have fun

P.s. https://www.youtube.com/user/MrCheezmcnasty/videos (he has a lot of videos to show how corsairs boss, consider the fact he is funded, however if you wanted to see some bossing control or of that source, check out some of his vids, atm most are pre V update, but not sure if he'll make some post V update to showcase

You got to have quick hands to play Corsair effectively. Corsair has a ton of escaping tools, a hurricane for stable damage output and headshot for burst shot so it's best for those bosses which move a lot and have all those i-frames. Just watch all the videos from this user and you'll understand what I meant by you need quick hands. https://www.youtube.com/watch?v=x-N5VpE91EU

By the way I'll stay with cannoneer though, corsair looks disastrous to master. Cannoneer is simple but at least it's effective. Just pick your own cherry on what you prefer more. 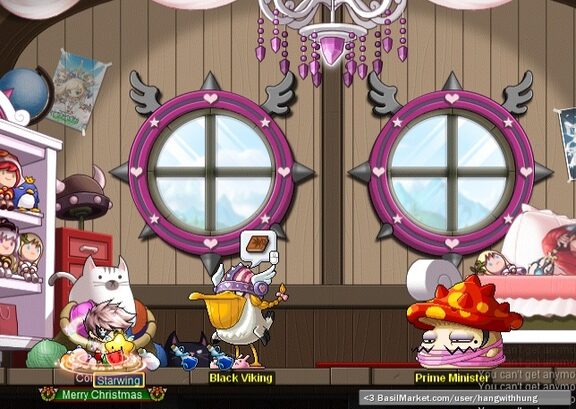 Bedroom? Someone's beaten and tied up? One's wearing a Viking Helmet? Uh... Seems a bit too 18+ to me lol

It's in the title haha. Nexon is being weird. 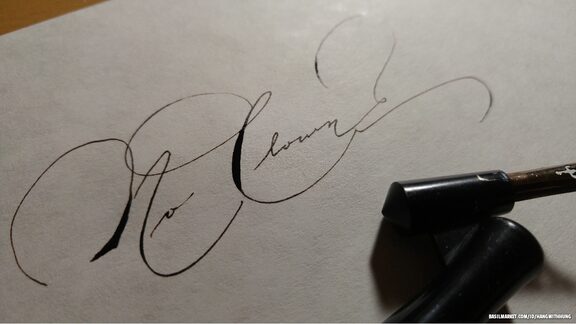 As per 's request, here it is! Not even sure what max range is anymore, come to think about it.