lazershock Anyone with the attendance glitch This will sound crazy, but set your computer clock back BEFORE 12 PST, fixes the problem and the calendar reappears. Credits go to:

lazershock You find the most interesting things By doing searches of boss monsters Perhaps we will get mileage after all, only time will tell =P

lazershock Sopa has risen from the ashes, time to bury it again -.- BECAUSE IT JUST WON'T DIE... hey, say wasn't Obama the one who said the white house would NEVER support something like this... oh wait, they are. Please I ask of you all, to sign this and at least help to kill this piece of crap. It really irks me how they try to hide these things from the general public and expect us to sit there, not find out about it, and try to slip crap like this past us.

lazershock Nexons new live support chat feature See title, someone needs to try this and report their experience with it. I've heard on southperry so far that any attempts with it have worked out... rather well interestingly enough. if anyone tries this they should report how it goes here (and please, make sure you're talking about something credible, say, an ign banning or something like that which you recieved) Edit: from what a few others have told me a few minutes ago, this is actually turning out rather well so far. Lets see how long this lasts before the childish parts of the community (or rather, idiots in general) manage to screw it up by doing something stupid &quot;GM PLZ BRING BACK LHC&quot;

lazershock Gms v.140 is Likely Bamons League We already have the stuff in our data, all of the monster weapons, we even have Leonardo the Lion in our codex Also spadow posted this a few months ago. We also have the Bamon's League promotional image in our data too (though its labeled spark instead of Unleashed)

lazershock Killing Chaos Vellum is it possible? Now im sure many of you know that Bellum / Vellum, whatever you want to call him has 300% defense, Normally this reduces ANYONES damage to 1 just due to lack of defense ignore; even post-RED i'll have like 205% defense ignore and bellum will STILL reduce my damage by 63% (counting his physical resist here) I wonder my fellow dark knight's (and this may be a tough question to answer given that we can't know for sure what bellum's actual hp value is) wouldn't it be possible to just form a party of nothing but dark knights and mercedes and just completely ignore Bellum's defense via sacrifice / defense break and kill him (and lets assume for the purpose of this that he actually has 2b hp and the rest of it

lazershock Kmst 1.2.484 - New weapons Theres new weapons they released that you automatically from get from a quest at levels 10, 50, and 100 that are.... similar to the Kaiserium in the fact that you cannot scroll, potential, or cube them but they all come wit

lazershock What Joetangs updated Dps chart will look like Post-red Wanted to make this so people can stop throwing the Insoya one around. Assumes fast (2), 0% Defense, Adjusted Mastery, all at 0% boss damage (I could do the 100% and 200% categories if enough people want it) and such. All credit goes to Joetang for these numbers (I just complied them into an ordered list, the numbers all come from him though) [b]NO OUTSIDE BONUSES[/b] On the normal chart, so no &quot;no cooldown Final Cut&quot; or &quot;No cooldown Sacrifice&quot; There IS however a special section for no cooldown final cut and no cooldown gungnir at the bottom! Just to clarify so people stop getting confused and ask how some classes are as high as they are: these charts depict unreali

lazershock Price check Ravens Horn overall? 19 atk, 48 luk. 2 slots remaining, no potential is it worth 2.8b?

lazershock A nexon related question Okay this thread is probably pointless, but I felt I had to make it because this kind of stuff annoys me to death. When people say things like &quot;oh we won't get the cube crafting in RED&quot; or such things like that (trust me i've heard some pretty stupid stuff before, but then again this is basil so I should expect no less.) disregarding for a moment that doing such a thing would be total suicide even from a business perspective. In short: why do people try to use nexon america's greed as a measurement of us not getting certain things, when with a FEW exceptions (marvel being the most notable one I can think of) literally everything we get thats a cash grab, comes from KMS, which would mean they are therefore 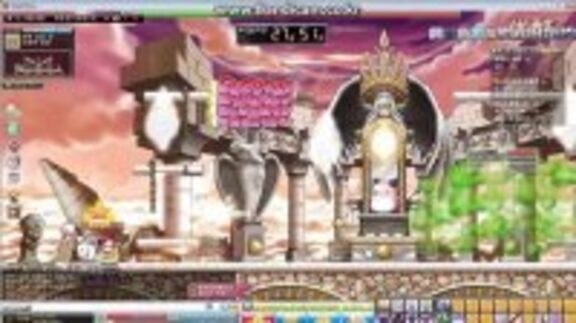 lazershock Quick, someone reverse math this Title, I would love to know what this guys range is so we may all compare my fellow dark knights. 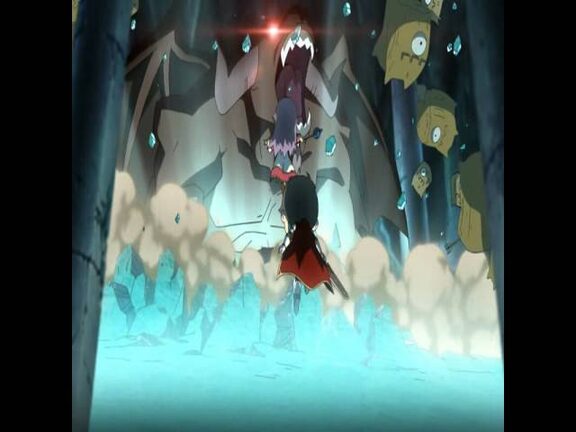 lazershock Red new Adventurer opening cutscene Not sure if it was posted before but from what I can tell everyone is FAR too distracted by Xenon!

lazershock Gms waltzing talks about boss feedback &quot;Where we are now: We're waiting to hear back from our developers, who in turn have to discuss this with the development team above them (the team that decided we'd get these boss changes).&quot; - Waltzing At least we know our bossing concerns are being talked about among the staff. The way he worded it makes me wonder does KMS have some control over what content we get?

lazershock That moment when suddenly Magnus can be beat Taken from SP Magnus Level: 190 HP: [? --&gt; 2,000,000,000] Chaos abyss bosses had their hp lowered too according to extractions, C-Bellum is down to 210m, unless im missing something here Edit: boss hp for the chaos abyss bosses is now server sided so the only DISPLAYED hp is 210m...... not sure what to make of Magnus though, anyone have any ideas? thats what the extractions list his hp as, but it was ALREADY server sided to begin with (and it listed the OLD value of his post-unlimited hp before)