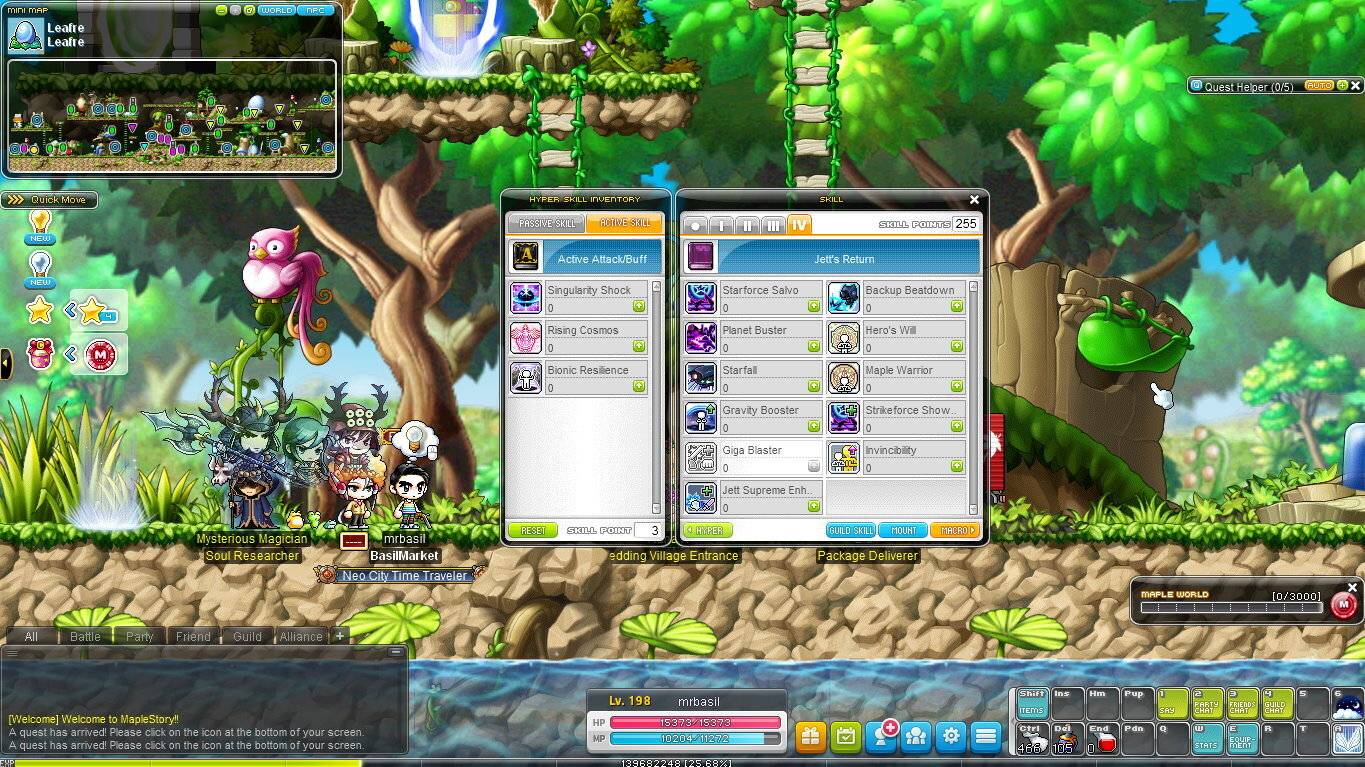 Hey, 4th job Jett here with 255 Sp, where do I put my points? And is it possible / easy to switch worlds? The one I'm in is quiet!

Hi, hope you are doing well 😎

joblessjim
@mrbasil Hey Mr. B, I sent you an email a few weeks back regarding some questions about the site. I'm not sure if you saw it or not, but if you get the chance please go over it. Good to see you back, and I look forward to talking.
Reply 1w
mrbasil @joblessjim Hey! I replied to you. Tried again just now (from hey at b z l dot co if you can check your spam please?). Thanks Speak soon!
reply 1w
Traitor

You can max everything now, realistically getting to 0-200 can take ~4hrs on a good amount of multipliers. If not, just a few days. So if you really wanted to explore another server, you could. The only downside is, your link skills and legion won't transfer. However, most equipments are outdated so it doesn't matter that much. The only thing you would be missing would be some nostalgic collectables. The game doesn't really start until after lv.200 as the new lv. 30 so you probably won't be seeing much of anyone until after the 200, 210, 220, and 225 maps in pretty much any server.

Reply 2w
mrbasil @Traitor wow, what a difference. Thanks for chiming in. I have so many years invested into all my characters, so many decently scrolled items, many of which were for events that are no longer around. The thought of starting anew does not appeal. What'd you end up doing? Started in a new world?
reply 2w
Traitor @mrbasil Scania forever but I did take a 5 yrs hiatus. Started a new character but doing legion lets you try them all out eventually, kinda need to do that inorder to reach end-game.
reply 2w
mrbasil @Traitor oh... not sure what Legion is all about, nor end-game. Seems like I have a lot to learn and experience. Did it take you awhile to get back in the swing of things after 5 years? Post a pic or video, let's see some of your chars.
reply 2w (Edit: 2021-5-27)

lipperman
world change is not available and probably won't be anytime soon - you might just have to hope that your world gets merged, or just start fresh somewhere else. btw, when i returned to maple i didn't realize that the sp system was revamped and i had some skills that couldn't be maxed out unless i did a sp reset, which thankfully the current event offers in the event shop for really cheap. hover over some of your 3rd job skills and make sure ur actually maxed out on them, i was not maxed out on a skill that provided me a ton of final damage - tldr: you can have enough points to max out all your main skills so make sure yours are maxed out. the hyper skills i think u can max out all actives and 3 or 4 passives [ edit: also if you need mastery books you no longer need the exact ones for the skill, you just get generic 20 and 30 lvl books that can work for whatever skill you need, the current event is offering these for mad cheap in the event shop as opposed to the 3-5 m from regular npcs ]
Reply 3w - edited
mrbasil

@lipperman all really great advice, ty lipperman! What job did you go with? Pity you can't world change, that's odd. All of my chars were on Broa and now stuck in a really quiet world. Which I guess could be interesting. But quiet... 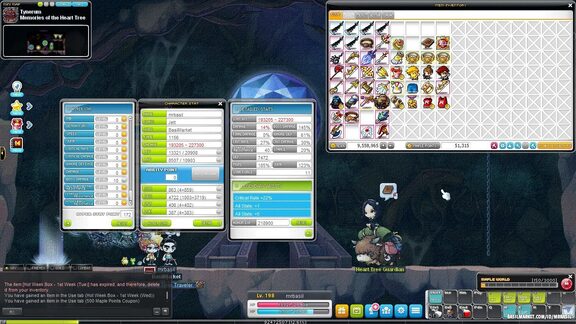 Hey all, like many of you I'm getting back into MapleStory a little bit (it's been impossible with RL responsibilities for awhile now). TL:DR - fun / so much shiny / scary! Long version - I posted up a little more in-depth entry. Bounce over and shar 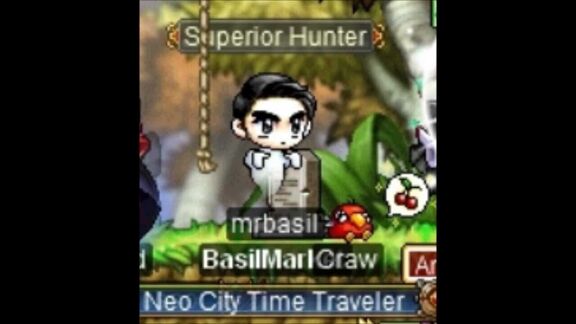 Hey everyone, thank so much for your patience! It's been a long hard trek to get to this point! And there's still quite a bit to be done. Rest assured all of the data from the old site is still there, but not all of it may be coming back. I am doing 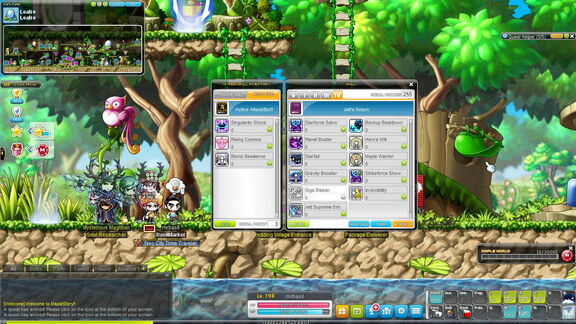