Bowmaster or Wind archer for nostalgia

So this isnt the typical which is better then or anything. I havent played an archer in forever and with the burning event i figured lets make one for old times. Lots have changed with BM like no more strife or arrow rain which were kinda why i wanted to make one but im curious how close the 5th job skill is to it. And I havent even played a WA so im not 100% on its skills or what their 5th is like. I am kinda curious tho how they do on bosses since i remember they use to be good but with so many changes and new classes you never know. Any other tips or things to know would be appreciated too thanks!

Seriously not to be biased, but WA is a good and fun class to play if you like to see dmg everywhere a bit like NL's Mark of Narican, I personally love mobility but don't like thiefs classes so this class is awesome for me

WA was changed too much to be nostalgic. I like BMS more anyways

@twopointonefour ohh thats nice, i tried bm after red but it felt so weird idk if i liked it enough do hopefully you're right with that i miss the old archers ima give it a try

@nevets: Well not necessarily ancient skills per say, but more an ancient playstyle.

@nevets: I like both 5th skills and think they are better than some other classes' 5th skills, but I like WA's 5th skill better. And both skills also proc FA alike skills.

Like twopointonefour just said, "with the dependencies on casting flower". Flower being a puppet, which bowmaster used to have.
Bowmaster just revolves around setting up a turret and managing your quiver (which you don't really have to do in most situations). Maybe it's different with 5th job. I haven't played bm's 5th so I wouldn't know, but it looks like another turret like thing where you'd want to lure the mob into so you can maximise damage.

As for your nostalgia question...
If you want to relive the old gameplay style of a bowmaster, then play a wind archer.
If you want to see the good ol' hurricane animation, then go bowmaster.

But if you just want to play "the best class" then WA is probably the way to go. Easiest to play and stronger than bm too. Just remember you'll be spending a hell of a lot of time buffing since they have like 7 buffs to use while bms have like 4 and they last for 5 minutes each or something.

@dazl well thats interesting thanks for the info although im not too worried about funding since ill be on reboot and make my way up there eventually i hope xD, hows the 5th job skills btw

@twopointonefour oh what skills are liek ancient bm? and are new bms that well new and play different im so out of archer knowledge this is sad

Well Wind Archers are pretty much how bow masters played in ancient times with the dependencies on casting flower. They use pretty much the same bossing ability, they just have a mob skill thats about equal to what bow masters have now minus some vertical range.

Mained both, I would say WA is stronger than BM atm. But WA's trifling wind can be annoying since it takes time to hit mobs, so damage can be low for the first couple seconds.

@nevets: All you're using is Song of Heaven for bossing, training and farming, 5th job skill is just a tornado that mobs 1 line so is useless. Also you can have a lot of stat but your range won't show for it, had like 15k stat and only had 3.5m range.

@antisenpai oh really what makes you say that?

WA is lackluster, looks cool and all but BM is where you need to be, WA 5th job is terrible, BM is so much better, wish I funded a BM instead of a WA... 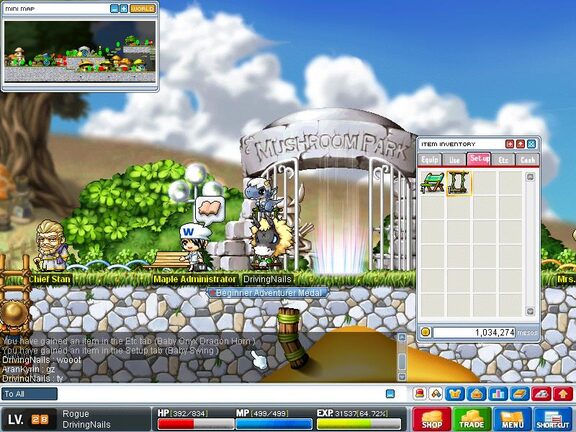