I dont understand why nexon decided to make this item (as well as the other perm RED items we got through Hottime) untradable. Why did they decide not to allow it to be put in the cash shop? what harm in it is there? If anything it just clogs up inventory space, and you cant even share it among the other shareable characters

You can't BELIEVE the week I've had. If you WERE in my position, you would have STOPPED being atheistic, and STARTED believing that there IS a god, a DARK god that has NOTHING better to do than kill your dreams of making your ideal Zero.
On Tuesday, My dad called to pick me up ~5 mins before I actually was going to get on maple, and TWENTY minutes early, but still saying he'd be there within 15-20 mins, leaving me with a min of 10 mins before he got there, so I decided to keep doing what I was doing, so I decided NOT to get on maple, what could you do in `10 mins, well despite calling 20 mins early he STILL didn't get there ANY earlier, and since he could arrive at ANY minute, and he'd want me to be ready THEN AND THERE, I couldn't play.
On Wednesday, maple was on maintinence from before I got home from school at 3:30 to after my dad picked me up at 6.
On Thursday Morning, my mom's neighbors, the ones who use the other half of the condo, got cable, and OUR cable runs through the wall that divides our house, probably so did theirs. Any way, the cable guy must've disconnected OUR cable when they installed THEIRS. No phone, TV (except DVR, which hadn't been recording anything for DAYS), OR internet until we could get it fixed. The guy couldn't come until 3:30 on Friday, but my mom had to reinstall windows on our laptop on Thursday morning, which she wanted to do with an outlook account, and had ALMOST finished before things went awry, so when the company needed her to use the computer to check to make sure there wasn't a connection, she had to make a normal account
Anyway, RIGHT BEFORE maple finished reinstalling, she just HAD to get on the computer THEN AND THERE, on the phone with the computer company, so that she COULD make an account with Outlook. Anyway, that was simple enough, but she was so insistent on getting rid of the first account, like she was OCD, saying she didn't want to worry about having software over multiple users, and I'm like, &quot;WTH? Only USING one user is as good as only HAVING one user for that purpose&quot; Anyway, she was SO bent on getting it, that she had it worked on for AT LEAST FOUR HOURS, when my dad picked me up at EIGHT, probably went on for MUCH longer, but that lady messed up our computer, shut of an important system or something.

I didn't find out until LATE Saturday, and she couldn't get the Dell people to come until MONDAY.

In desperation, on Sunday (today), I called my dad up and asked him if I could come to install the game for a sec, get the item, uninstall, and be on my merry way.
I did NOT anticipate the fact that his internet is HALF as fast as OURS, OR the fact that Zero can't get hot time boxes until 110.
So if I DO get it, its gonna be VERY close.
And I'm not 100% sure if the specs on his comp are quite good enough for Zero's storyline. Hopefully, since the comp is only like 2 years old, I just realized that it has Windows SEVEN, not VISTA or XP
I'm BARELY going to finish installing in time, and I will NOT have the time to enjoy Zero's storyline, since i'll have to rush.
HOWEVER, its a good thing that I made a second name mule so I could experience Zero's Storyline a SECOND time to accomadate my fading memory, so missing the opening isn't TOO bad.

@juarmo dude you need to calm down, im only speaking my opinion no need to get you panties in a knot

[quote=Raginroxas]@NickSenpai All im trying to say is why cant i trade it among my other fellow explorers like the other perm nx i have? is that a crime?[/quote]

Yes, because you got this perm nx for FREE. Nexon is BARELY okay with you being able to transfer NX AT ALL, now you want to do it with NX you got for FREE? They'd rather you NOT have the capability to buy a SINGLE outfit for 3-14 characters IN A LIFETIME, and they DEFINITELY don't want you to have the capability to use FREE CLOTHES given out on a special occasion, for up to FOURTEEN different classes, until the day the game SHUTS DOWN. There are LOTS of people who ALREADY refuse to play anything EXCEPT explorers JUST to be able to use ONE outfit for ALL of their characters, cutting in to the potential profits nexon can get by as many as 13 $ for every $14. You're saying that ON TOP of only getting 1/14 the profit from those guys on what they DO pay, that they will potentially get ZERO from them if they are EXESSIVELY stingy/patient? You, my friend, make me SICK &lt;/3

[quote=NickSenpai]Yes because it takes up a lot of room in you Cash Tab that you have full and cannot put anything into the Cash Shops inventory. /Sarcasm.[/quote]

@NickSenpai All im trying to say is why cant i trade it among my other fellow explorers like the other perm nx i have? is that a crime?

Idk man. Nexon just wants you to buy a bunch of inv spaces? 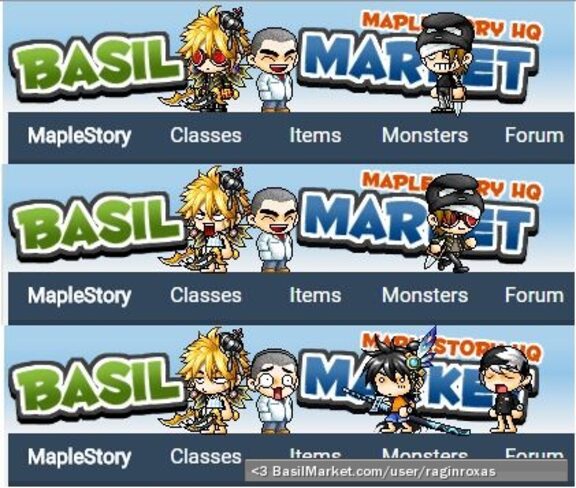 Decided to keep this trend going. 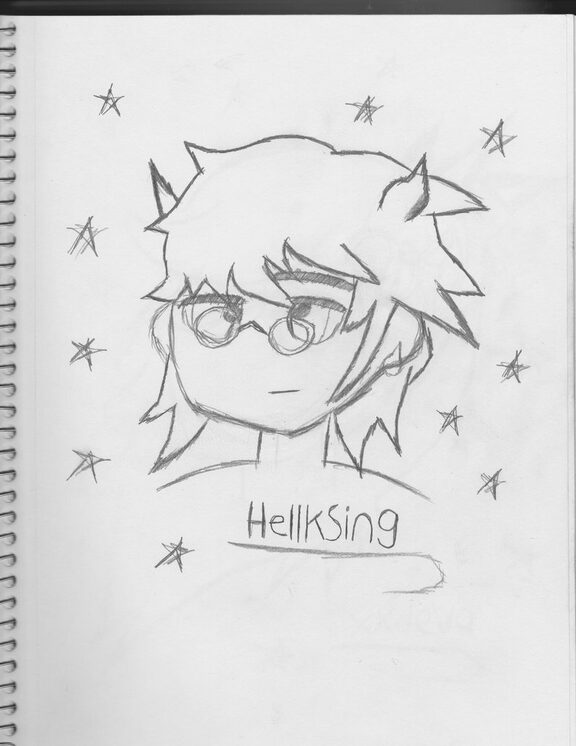 Drawn Basilers So i was bored while waiting for my class to start, so i decided to draw some basilers. Limited each drawing to seven minutes so this was the result... [url=] [url=] [url=] (Started to run out of led, so couldnt complete hat all the wa 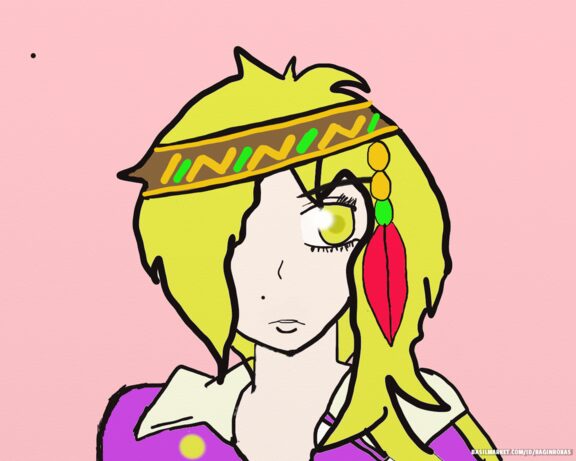 Decided to draw a friend on my tablet. Didnt make me throw up so i decided to uploaded it. Enjoy you crazy people.