To fight Nexon, or not to fight?

Alright, time to get some advice on this.

In January, I got hacked and mostly lost my tradables- the most prominent being my in-the-making gollux gear and cra gear (note, that these were more expensive in the past)- along with about 2.5b in mesos.

So, I submitted a ticket explaining everything and how I approximately lost $140 from the cubes and scrolls I set towards this gear (evidence from my purchase history). All was nice and dandy, and GM Exigua decided to give me 200k maplepoints in reimbursement.

This was awesome, until I noticed after a week that I didn't get the maplepoints yet. I sent in another ticket stating I didn't receive the promised amount and, lo and behold, GM Exigua stated that the 200k reimbursement amount was incorrect and changed it to 50k.

Now, I'd understand if they gave me 50k in the first place. But that same GM blatantly guaranteed me 200k and suddenly change his/her mind.
Question is, do I send in another ticket arguing or just be happy with the amount I got?

Thanks guys for all your help and support And now..

if you got that in writing, then you an fight nexon.

I would fight, because I gave up and it's far too late.
My account was hacked - and my email was deactivated as it was so old and hadn't been logged into for years. I couldn't reset my password - therefore when I asked for reimbursement they wouldn't allow it unless I changed my password and PIN (this was a while ago).
So after explaining that I couldn't do so and I had contacted the email hosters to setup the same account again which they couldn't do, Nexon required photo ID to be faxed to them as well as a series of questions to be answered so they could confirm it was me trying to get my account back - not the hacker.
After this painful month and a half process or talking through tickets back and forward, I was sending my faxes as the last step but for whatever reason every time I sent them they would not receive them - so I got sick of trying and gave up.
I regret it now, wish that I could have kept going. I mean, I could always login for nostalgia purposes but it would be stupid to do anything more - and for whatever reason that account is now banned.
Fight for what you deserve! Add in all emotional damages to your claim!

I actually spent it on the game, why do you think the amount was so high, but I wasn't 'super 1337 godly'?

well my friend received 500k mp when he lost like 15b worth of stuff from being hacked.

SS the chat and send it in. GM cannot make false promises

@Wonkys: Oh definitely, that's why I'm asking if I should even bother, haha.

@menisponster: Thank you so much!

Thanks for all the votes, everyone!

[quote=GummySnax]It's wrong of them to reimburse you with only 50k considering you lost a lot more and they promised 200k. However, this is Nexon we're talking about. If anything, they'll just ban you for arguing or something ridiculous.[/quote]

I know I was supposed to get 200k and the result of my next ticket was lowering it to 50k. I might just follow @xtripled 's advice and just spend what I've got while I still have it, lol.

This is hilarious. Lmao

You could fight, but you most likely won't get any extra points

I lost enough to pay for two semesters in my college. Nexon reimbursed me $0.

@xtripled: I believe it was a keylogger from some malware on my computer, but I'm not saying I'm not to blame. I've spent a lot of nx in this game and have been actively been playing for years. So I guess that's why they compensated. But I know what you mean.

@CodeXLC: Oh I am! That's why I'm hesitant

@LazyLazyLazy: It took them a month and a half to respond to the ticket my password was long, the problem was malware on my computer. Granted, I just bought a new one recently and scan once a week now.

That's a long time ago? You should get more comp, also make your password like 50+ characters long with no repeating characters

be happy u get something

you're on basil where people will probably call you an idiot for getting hacked and you should be grateful that you even got something, and all that other stuff but i'm not going to go that path. I'm going to tell you to spend your compensation wisely if possible asap while arguing for more. If you spend it, it's not like they can take it away since it's gone then you don't really have anything to lose.

I'm also surprised Nexon even offered you compensation in the first place though, maybe in hopes it'll encourage you to play more, then ultimately spend more.

Send in more tickets, you don't have much to lose.

I say u should fight for what u deserve. Of course, that doesn't mean u will get it especially since ur dealing with nexon here. 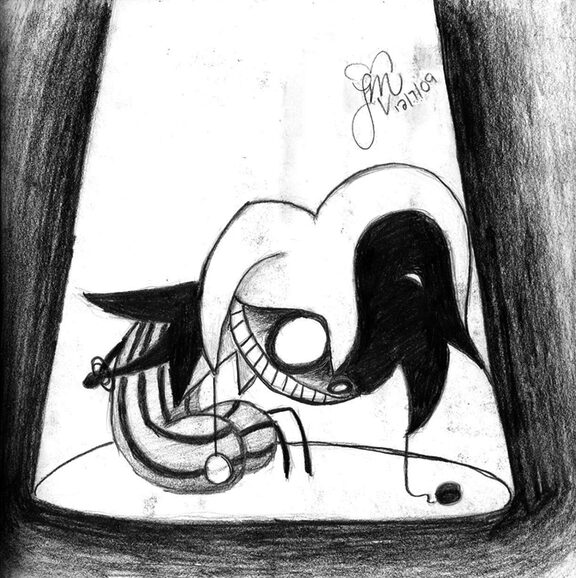 Ever wondered what Nexon does with all those corrupted monsters? *shudder* I was bored in Drawing and Painting class xD Gotta love those buffy's man 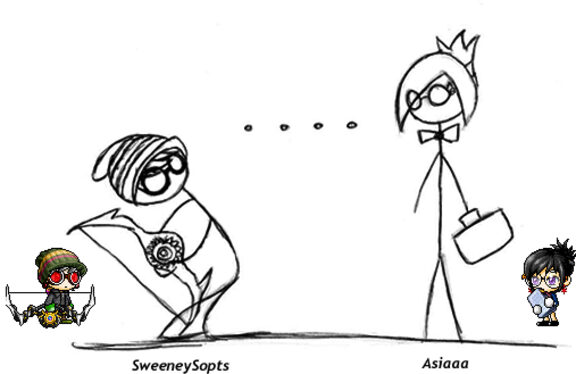 Please, it frightens me. 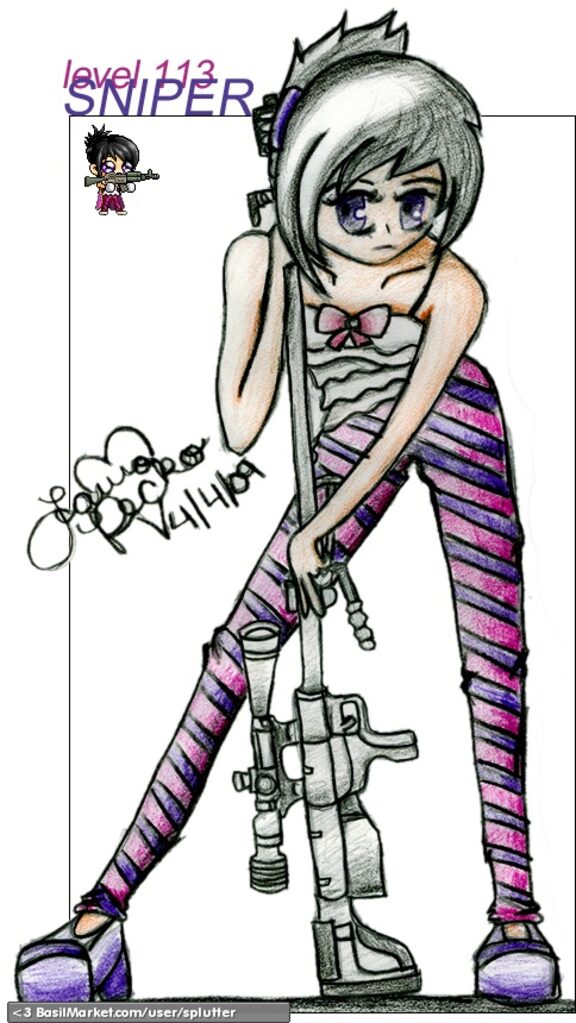 I'm a huge fan of shooter games, cod4 especially. I wish sniper rifles can be xbow nx <3 My scanner stinks... =( 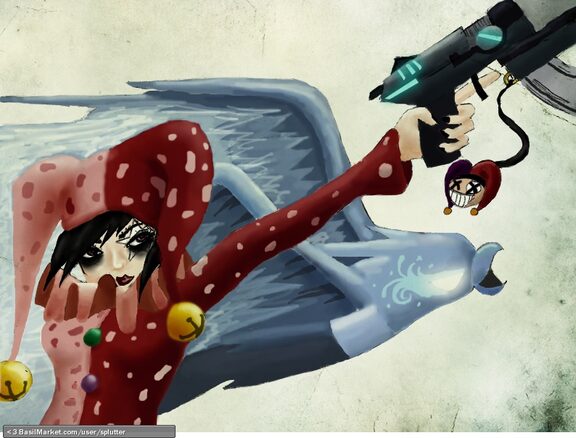 lol at how long this took me to color. Especially frostprey.. This is my first time with digital coloring. I know I'm a bit off proportion wise, but i'd love some critiquing. Thanks! markswomen pride~ :) 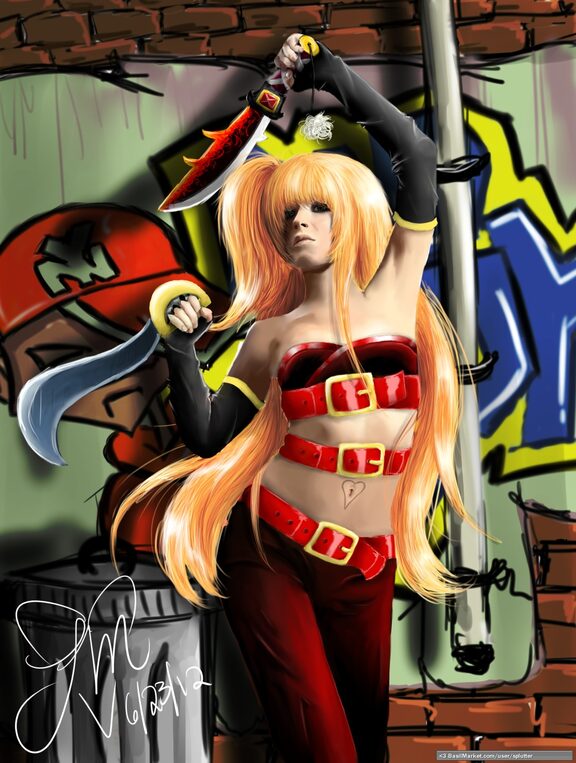 I can't even begin to explain how much effort I put into this. Took around 24 hours (straight), probably even more. This was my first time playing with digital painting since I nabbed my sister's tablet o3o. This is my shadower, MissIove, and I wante