Beefly Spiderman for PS4 I haven't played spiderman since that old one on the PS1, how is it? Is it as good as everyone says it is or does the fun die down quickly? I feel like this has happened [url=https://www.pornhub.com/view_video.php?viewkey=ph58c77f4f9cb09]before[/url] wasn't there a spiderman game for the PS3 and everyone was all hype for like a week and then everyone was like "what is a spider man?"

Tyrantblade Excited for any games this year? There's many games I will probably get this year, but only 1 I will likely get at release, which is God Of War (4), I'm thinking maybe in a few months I will get Monster Hunter World, and also probably Anthem before the end of the year. And maybe I will get an Xbox One S this year (the X costs a lot more and I probably won't play too many games on Xbox anyways). For now though I have Nioh, Tom Clancy Wildlands, and AC Origins, plus many older games I will get to if there's time between the 1st 3 and getting new games (which isn't a high priority)

Tyrantblade what would you do? i have this fancy Arcade Style controller for PS3 (a special edition made for Street Fighter IV), i have sold it on eBay, which was a big mistake as the buyer sent it back as defective, so now i have $50 in the stupid thing (was $150 brand new from some retail store) and i cant sell it as Brand New (it actually looks brand new) or i risk another return happening. so at this point i have it listed as &quot;As Is&quot; for $5, i figure if it aint worth $5 i should just destroy it. maybe i should just destroy it anyways, which would kind of be a shame as its got a fancy box with signatures from somebody high up at MadCatz (the company that made it), as well as a signature from the Street Fighter creator, but if it isnt even

increveisuma How to turn any gamepad game into 3D RPG or quot3D Maplestoryquot I found this maxaim ps4 key imput so you can place jump on shift and attack around your maplestory game keys as well as pick up or loot items on the 0 on the numberpad for any rpg-looking ps4 game since maplestory is getting pretty old, so that you can steal dreams from other Americans like maplestory used to give pro players good dreams when they sleep if you re-named maplestory ragnorak in your mind because it felt like a ragnorak. Link is here:;_ylt=AwrS32ECnkpaBEwAiFY0nIlQ;_ylu=X3oDMTByYXI3cnIwBHNlYwNzcgRzbGsDdmlkBHZ0aWQDBGdwb3MDNA--?p=how+to+reconnect+external+keyboard+ps4&amp;vid=2670babb9be17e71c30e0b3e13d0d831&amp;turl=https%3A%2F%2Ftse2.mm.bing.net%2Fth%3Fid%3DOVP.9X

Tyrantblade Best game of 2017? Im wondering what you guys think is the best game of 2017 For me its Horizon Zero Dawn hands down; but ive also played Nioh and enjoy it (haven't got far yet though) and Nier Automata is another really strong game All PS4/PC only; these and more make it a very strong year for PS4 ; weak year for Xbox; but for those with only Xbox, next year should be better since the One X (should of kept it as Scorpio) has been released.

Tyrantblade Games becoming digital only Who else besides me will hate when all games eventually get released in digital only format? I like being able to sell games when im done with them, as well as being able to have a physical collection of games that hold value. Speaking of which; what is it about games that leads to very few games (seems to be primarly Nintendo system games) actually holding value long term? And im not talking about strictly Mario or Legend of Zelda; or any other typical Nintendo exclusive games A typical game for Sony/Xbox starts at $60; can usually be bought for $30ish in about 6 months on eBay, and then usually in 2 years most of these Sony/Xbox games start dropping until they are nearly worthless.

Tyrantblade I finally bought Skyrim Does that make me really weird given how popular this game is and how long its been out? I purchased the ps4 version for only $20 on ebay, Walmart still charges $40 brand new.

Tyrantblade Why does anybody still buy xbox? Xbox has all of 3 exclusives I can name; and the only good one is Gears of War (Halo Sucks and Forza is only for a certain kind of racing game fan); meanwhile Playstation seems to have 2 or 3 good exclusives coming out at any given point that NEVER go to XBOX while good XBOX exclusives seem to eventually come to Playstation pretty often. Besides that, XBOX just doesn't have anything spectacular. Not the hardware, not the controllers, not the servers. So why buy XBOX unless all your friends have it or you must have Halo, Forza, or Gears?

Tyrantblade Anybody getting Horizon Zero Dawn? It's coming out next week and since I very rarely buy games close to release and it's been a couple years, and I got a Samsung SUHD TV (and it seems they made Horizon Zero Dawn to fully utilize 4k) I'm seriously thinking about buying it next week. I don't have a PS4 pro yet (only a regular PS4 right now), but figure it will be great either way.

SmexiiNinja Short Portal Guide for Shadows of Evil in CoD Hello to all the CoD players out there. I have been playing Zombies a lot lately. The Shadows of Evil map mostly. In my time spent learning the map I've found a short cut to have all of the portals unlocked Help me as a content creator. Was this guide helpful to you? 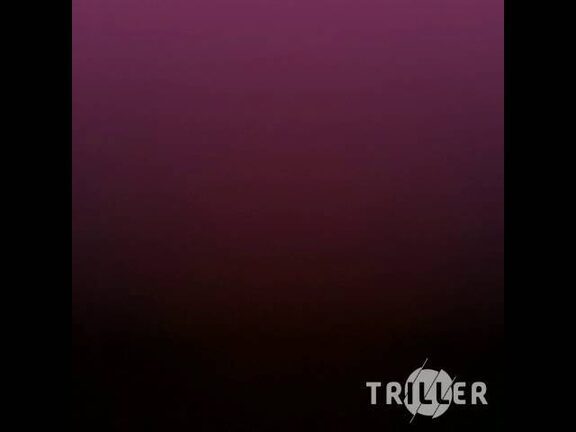 dilor Anyone play overwatch? Add me on psn if you wanna play with me aiight? User name is RealFraud. And check out my song

Tyrantblade am i the only one annoyed by Sony and Microsoft? They keep putting out new systems when i havent even had their lost recent one for long. First they release the PS4 a couple years before originally planned, and now theres gonna be a ps4k? Microsoft if doing the same thing, and im not a fan of this. I havent even had my ps4 for 2 years, because i was waiting on the system and games to fall to a reasonable price, and now the next gen is being moved forward like the current gen was. Or maybe thia only counts as a .5 generation upgrade.

BrofessorOCon Call of duty black ops 3 Hey guys im gonna be uploading ps4 black ops 3 gameplay on my channel as well as maplestory so heres my gameplay;feature=youtu.be I was looking to make friends and see if anyone with decent kdrs would be down to party up with me?

ModsAreDumb Solving Bloodborne Even with all of these lore and story explanation videos I always feel like it's not adding up, like we're totally missing the big picture and the real story has yet been uncovered. I thought a bit about it today at work and I think I've figured out enough that I'm pretty satisfied for once. For anyone who cares, here's what I think Bloodborne's real story is. I believe this story is very reminiscent of Inception if it was a H.P. horror story. Dreams within dreams and an endless search for reality. The story begins long ago when people found Pthumerians and through those findings, we found the existence of &quot;Great One's&quot; that live within our dreams. We believed that dreams are planes of existence that lie beyond

SmexiiNinja Naruto Storm 4 What's up guys! Does anyone have this game for ps4? Check out this video of my friend and I fighting. We're pretty evenly matched so it's always fun to play against him. I'm player 2 You can move to [b]3:21[/b]to skip passed the character selection during round 2 Then it's just [b]one more rematch[/b] Enjoy :]