Gutsiness Level 147 Scania Xenon 4
Apr 18 2014 Long ago there were fine, inspiring animators that spark a fire in the maple community in ways of animating. These fires later on to the new generation which was founded in 2010. Now seeing as them as the "Old generation". We wanted to thank these fine animators for giving us the inspiration and encouragement for keeping us going and having our great times in maple animating. The animations you see here are some of the participants LAST maple animation! And i'm honored they spent it on my collab.
-JDRAustin 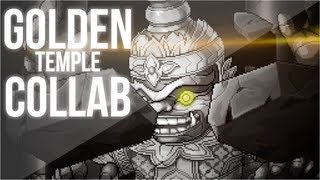 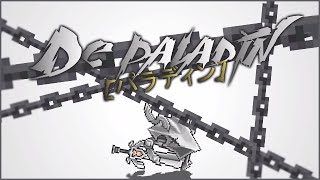 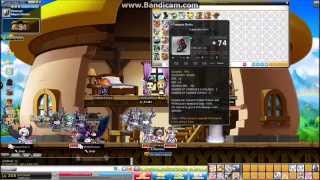 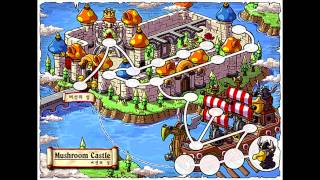 turtlebear
I used to be a huge fan of maple animation, and I enjoyed watching a lot of series. However now a days it's become less and less interesting as the majority enjoy focusing on making short little battles to make yourselves, portrayed through your individual custom characters, look cool, well most of you. Even though the animation quality has sky rocketed, none of it seems to of been put to use as there aren't much Maple animated series. Maybe it's because that the animating community has gotten older, which caused the rise in quality of animation, but also the loss of time to animate so there's less animated series. However whenever I do see series, they're usually these lack luster wannabe anime series that just look pretty. So great animations, shallow usage.

Heh, note that how before a collab had a bunch of comedy skits and stuff, now it's just all fighting. Like I said, you lot seem to only want to demonstrate your character's coolness through their fighting ability and skills.[/quote]

What do you think of the NGA series then? : )

turtlebear
@Plenair: Thanks for your input. To answer your question, yes I am Turtlebear. I can't say I completely agree with some of the points you make regarding our other members, but that is your opinion and you're entitled to them. And to answer your question, yes none of us are professional animators, we all have our own style, strengths and weaknesses. So some of us are better at storytelling, some others are better at lighting and etc. you get the point. So, I guess, what we're all trying to do is create enjoyable series with our own unique style. I don't think "trying too hard" is what they're doing, that's just their style and that's their influence and inspiration. Some get it from animes, some get it from games. Some come up with it themselves.

As for Darkblazelance's subtitles, they are actually Chinese. And yes, he is chinese and lives in singapore, a majority of his audience does read chinese (only) so it is actually useful for them to read from. They're not just there just to look more "anime like" lol.
Apr 23 2014

turtlebear
@turtlebear: Well then, apologies for making an incorrect assumption. It's ironic, I'm Chinese myself and can read some.[/quote]

Raika
Why do 75% of all the new maple animation characters portray themselves as psychopaths? lol
Apr 28 2014

Skyenets
+1 @turtlebear:
You the actual turtle bear guy? You and Sogetsin maple series that I enjoyed. As for your other members, I find most of them mediocre, and a few are basically making "wannabe anime series that just look pretty". DarkBlazeLance was cool at first, but then he started to get all wannabe anime. You guys include a lot of anime elements, no crime in that, anime is a cool thing. However some of you choose some really cliche anime elements, one of the most cliche and badly written series I've seen is Lunarboy's Yunalescia. Then you got Xpwhahahahaahahaha, iunno how many ha's are in there, who makes some really pretty but dull as hell series. Seems like she was trying to go for this deep story telling, but it just ended up being bad trying to be good. It was pretty to look at, though Iunno why everything was so ..blurry flashy, iunno what the word I should use to describe that effect she had in every episode that made everything seem like a flash back.

Oh, that reminds me, aside from some maple animators relying heavily on anime cliches to look cool, some try too hard: Xpwahaha. None of you are professionals right? You're just doing this for fun right? Yeah, many who do series should just stick with that. Instead they end up trying to be story tellers and end up trying to tell these deep elaborate stories in these deep elaborate worlds. Nothing wrong with that, but honestly not many can do it well without years of experience or teachings. Again, they just end up borrowing from anime, trying to mimic their success. You got a good amount of simplicity and depth, you got a world with special stuff going on, but you don't throw in complicated details trying to tell an elaborate story. You're just saying "Here's a guy with a hat, and he's going on an adventure!" nothing wrong with doing that when it comes to telling a story, because telling a story can be told from any point of view. No need to go into depth for every little thing in that world, it'd be more interesting, but now I digress. I apologize if I'm undermining what you're doing but that's just how I'm seeing it. Sogetsin especially gets the whole "just doing it for fun" thing, his series was riddled with references and silliness, but that's what made it enjoyable. You can use maple animation as a medium to tell a story, but you don't have to. I found yours, his, and older series more enjoyable because they just had random adventures going on without too much complication;creating a simple story where the creator won't have many chances to screw up.

Hm, I went off rail there, but basically:
You and Sogetsin are cool. Some are cool but aren't since they're borrowing too much from anime, and some are trying too hard.

Oh yeah, what's up with DarkBlazeLance, is he Japanese or something? Is he uploading his stuff to a Japanese site like Nico? Because why the hell is there Japanese subtitles when most of his audience is most likely not Japanese readers? Seriously, if that doesn't scream wannabe anime I don't know what does. Also I remember one episode where he has characters calling one another "senpai". I'd say it worked if they were some kinda fictional eastern people that are based off of Japan, but if they're just random people that are basically speaking English, why are they using non-English words seriously?[/quote]

Everything I've never said out loud, right there. -nods in agreement-

From my point of view, if it's a quick animation battle-it-out thing, then there's no need for a story. The things that really gets watchers hooked (at least for me) references (pref. in a comedic way) and don't use many quick-butt small sequences since you kinda grow tired and lose track of what's happening. Same thing goes for one sided massacres x; Just keep it simple and fun - that's the best.

Despite that, kudos to all the animators. A lot of them were mediocre (which is a good thing! Room for improvement You got the animating down, just gotta set it up in a fun way). My favorites were BlueSinnerX and Amitlevy14. Scyteth was also good, but could've done somethings better IMO GG to all animators
May 06 2014