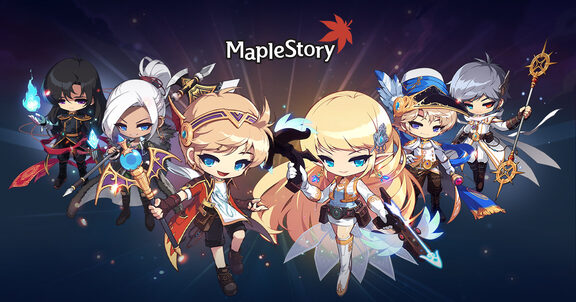 Sundays 2x Event Are they seriously going to host it in the middle of the night? :3

P/c Gold Heart Recipe I've been asking my guild members for a P/C on a Gold Heart Recipe and most of them don't know. One person said it should range from 10-15 mil. I've seen shops that sell Gold Hearts for 5 mil each so I don't think the recipe is that cheap. Looking through the FM, I only found one and it was for 100 mil. I was just wondering what exactly is the price of this item. Thanks.

Spirit Link Phoenix Mastery Book So I've been looking through entire FM at least 10 times already and I've come across Spirit Link Frostpreys 20 at least 30 times, but I haven't seen a Phoenix 20 one at all. Is the value of this book worth so little that people just toss them on MMB runs or what?

Recent Server Crashes Related to Duping So I heard rumors that people are duping and in order to do that they need to crash the servers or something. I'm not sure if that's a rumor, but I went through the FM to see all the people making shops and found one with 9 WS for 1 mesos each. There was already some guy standing there (low level person), but he never bought it so I assumed the shop was maxed mesos. I tried it and got the 9 WS so ... that's strange.

Opening MMBs - Super Lucky So about two weeks ago, I had 700 Mil and thought that a quick way to get rich was by opening MMBs. After opening about 5 of them, I ended up with some really good books, including TT20 and MW30! I sold the TT20 for 100 Mil and MW30 for 825 Mil (which was the price at the time). I then decided to open some more books. About 5 books later, I ended up with TT30 which I sold for 325 Mil. I was now at 1.8 Bil, a big improvement from not too long ago. Today, I again wanted to open more books just to test my luck. After opening about 8, they were all crappy and less than the original value of the book. I decided to buy two more books so that my money would be a 1.6 Bil exact. I opened the first book and ended up with Me

PC on Bow Expert 20 Alright, so I've been trying to sell this book in my shop for 40 Mil for the past week, but no one seems to be buying it. I checked the Basilmarket average prices and it says that the value is above 40 Mil. Does the item actually cost less or am I just unlucky no one is buying it? Between, the world I'm in is Scania. Thanks in advance.

Mechanical Gloves SE Potential? Ok, so I was saw some stuff about HB Pants, SE Gloves, and all that kind of items today. They have to be a Lv 70+ Equip. Well, I just realized Mechanical Gloves are Lv 70 and they are a Common Glove. Do they have the potential of receiving the Decent Sharp Eyes skill? I checked the auctions on these items and they were at an average price of 9 Mil. If they can obtain that skill would this be a good way to make money? Thanks! :)

Soloing Capt. Latanica? Okay, so one of the new quests from Ulu City requires you to obtain a Soul Latern, which comes from the Boss Capt. Latanica. I was wondering if it's possible for me to solo him. I'm a Lv 107 Ranger with 3.3k HP, a Weapon Def at 320 and Magic Def at about 290. Thanks! :)

Anyone Want a Vicious Hammer (Not Free)? I obtained a Vicious Hammer when I logged out from a Event thingy. Since I don't have anything to hammer for myself (most of my items are junk), does anyone need something hammered for them?

Vicious Hammer - What to do with it? So, recently, I just logged off and the Nexon Message popped up saying that I had a choice of a free prize from three items. One of them was a Vicious Hammer, which I picked. Should I use it to hammer one of my items (most are useless so I don't know) or should I sell it to somewhere who wants to hammer an item? Not sure if I'm allowed to post this, but even if I wanted to I can't sell NX Items in the Auctions.